What is it that makes Melbourne the special place it is?

Fast facts on Melbourne will help you find out what makes this city tick, who its people are, its history, customs and more.

Location: latitude 37 degrees south longitude 145 degrees east on the south-east edge of Australia (similar to that of Athens and northern Africa in the northern hemisphere).

Established: 1835 by adventurous Tasmanian farmer, John Batman , looking for a better place, and businessman John Pascoe Fawkner - the only major Australian city not founded as a convict colony. 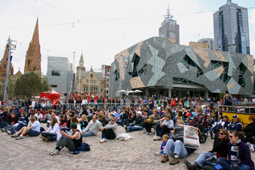 A person from Melbourne is referred to as a Melburnian.

Indigenous: Melbourne has an Aboriginal or Koori community of about 14,000 persons.

Melbourne is the third largest Greek city in the world.

It is also referred to as Little Italy. 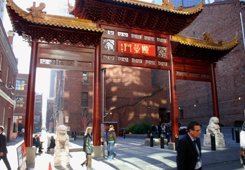 Melbourne's Chinatown, established in 1854, is one of the oldest in the world. It is also home to the world's longest Chinese dragon at more than 100 meters in length.

Language: English, - and more than 100 languages spoken by the city's residents.

Most common language spoken, other than English: Mandarin, Italian, Greek and Vietnamese. 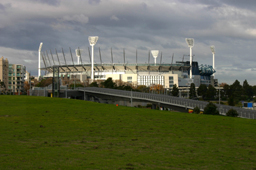 Architecture: Melbourne had its Heyday in the 1880s when a lot of the Victorian city buildings and residential terrace houses where established.

Arts and Culture Melbourne culture , its arts and music scene are known as the heart of Australian culture.

Sports capital: MELBOURNE has been named the world's top sports events city in 2006. It hosted the 1956 Olympic games and the 2006 Commonwealth games

Many Melburnians are sports-mad and for them there is always something new about Melbourne sport. 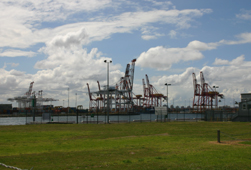 Tourism: has an important role in Melbournes economy

Business & Finance: Many large Australian companies have their head office in Melbourne

Manufacturing: Many automotive and other manufacturing industries are located in Melbourne

Port: Melbourne has the largest seaport in Australia

Technology: Melbourne has a strong IT industry

Return from Fast Facts on Melbourne to Melbourne Information

Return from Fast Facts on Melbourne to Melbourne Home Page