What's On: Melbourne in April

Summer is officially over as the autumn leaves begin to fall and the weather becomes perfect. Not too hot, not too cold, its the perfect weather for a shirt or jumper. Your choice. This is definitely my favourite season for making the most of the outdoors. 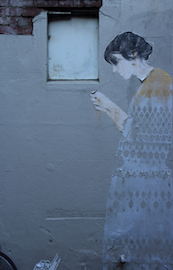 We’re good at having some of the best events of their kind, and the Melbourne International Comedy Festival is one of them. It celebrated its 25th anniversary in 2011 and is among three of the largest comedy festivals in the world, alongside Edinburgh Festival Fringe and Montreal's Just for Laughs Festival. The festival takes over Melbourne annually with a huge range of stand-up comedy, cabaret, theatre, street performance, film, television, radio and visual arts. Get your laugh on!

The African Film Festival is here to showcase the best of African features, documentaries, animation, shorts, experimental films and classics to audiences across Australia. As well as their interest and push for films, the Festival organizes other various events throughout Melbourne such as live music, parties and exhibitions. Dig it.

The Apollo Bay Music Festival is a celebration of community and love of music in. It features outstanding musicians across many genres, both international and national. From World Music, to Rock, to Folk to Blues, the festival is set on the beautiful Great Ocean Road. This is a great family festival to go to, as it avoids a lot of those rowdy festival goers. Have a look.

The Germans are excellent engineers, but hey, they’re also great film makers! From ‘Metropolis’ to ‘The Lives of Others’ they certainly know how to do it, across all types of film. This annual festival features the old and new of German cinema all across Australia. Take a look.

La Mirada Film Festival features the finest cinema from Spain and Latin America at ACMI cinemas. The program is broad and covers a range of conventional genres including comedies and thrillers, together with more daring and challenging works created by cutting-edge Hispanic filmmakers. Like the sounds of that?