What's On: Melbourne in March

Summer is officially over as autumn steps in to create a slightly different vibe and feeling for Melbourne. The heat subsides, and the cool starts to leek in as Melbourne puts on a whole range of activities for everybody. 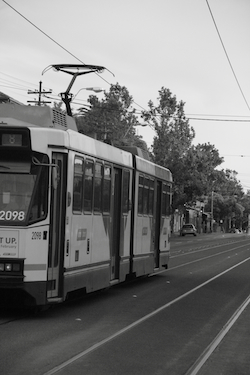 Founded in 1883 Paris from a pure love of real cinema, the Alliance Françaises is an independent and non-for-profit organisation dedicated to sharing the French language and culture around the world. Expect over 40 French films over a 5-week period, showcasing the best of all genres. Visit the film fest

From what started as a successful music club night in 1977, the Port Fairy Folk Festival is now one of Melbourne’s most relaxed and family friendly music festivals around. Held in a cosy coastal town along the Great Ocean Rd, it is really the perfect setting to showcase national and international music. But don’t fret, it isn’t just folk music, from world and funk, gypsy and soul, the festival pulls all sorts. Visit Port Fairy

The Melbourne Food and Wine Festival attracts hundreds and even thousands of people across many of Melbourne’s hidden gems and cultural quarters, tantalising our tastebuds in all directions sweet and spicy. With over 300 events, be sure to make the most of the bustling fresh food markets, and learn the secrets of Melbourne’s extraordinary culinary scene. Fill your tummy

The Sydney Rd Street Party is one of a kind. One of Melbourne’s busiest inner city streets is closed off to traffic for one whole day to let loose a concoction of Melbourne’s finest roots and world music. There is mouth watering food from all continents, record stalls, random goods stalls and best of all, live music all day from 7 venues. Visit the festival

There is a lot to say about Moomba Festival. It’s not just a community festival, it’s also a music festival, and carnival, parade and community get together. The one of a kind ‘Birdman’ event is always great fun. Ordinary Melbournians create contraptions to try and fly over the Yarra River… It never works, but its always fun to watch people try. MOOMBA!